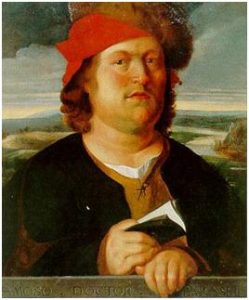 The Talisman of Saturn

This talisman preserves women from the mortal perils which accompany or sometimes follow childbirth.

It gives protection against unforeseen accidents and the perils of violent death presaged by Saturn in the natal horoscope.
It gives protection from death caused by diseases of the liver, inflamation of the lungs, malignant tumours, or that cruel affection of the spinal marrow called tabes dorsalis.

The Talisman of Mars

Its influence keeps at bay the danger of death in battle or argument. It preserves the wearer from death by St. Anthony’s fire, malignant ulcers or epidemic. It neutralises the danger of violent death by torture presaged in a birthday horoscope.

Talisman of the Sun

The Talisman of the Sun brings to those who wear it the good-will and the favour of those in high positions. It preserves the wearer from death by syncope, heart disease, aneurism, epidemic and conflagration.

It preserves women from the terrible illness cancer. It protects men and women from violent death by poisoning, criminal or accidental. It neutralises the dangerous presages given by the genius of Mars in a natal horoscope.

The Talisman of Mercury

It preserves all who wear it from attacks of epilepsy or madness.
It protects from death by murder or poison. It guards against treason. If it is placed beneath the head during sleep, it produces prophetic dreams.

The Talisman of the Moon

It preserves the wearer from death by shipwreck, or from epilepsy, dropsy, apoplexy and madness. It also keeps at bay the perils of violent death presaged by the saturnine aspects of the horoscope.