ALGOL- THE FIXED STAR THAT PROTECTS FROM BAD SPIRITS AND BEWITCHMENT 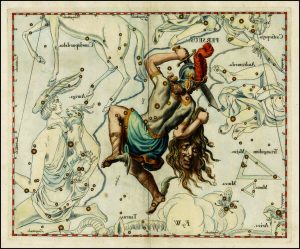 “And they are three, the Gorgons, each with wings
And snaky hair, most horrible to mortals.
Whom no man shall behold and draw again
The breath of life…”

from the Greek mythology

Algol is a fixed star in the 2° of sidereal Taurus, which denotes wealth and is protective against bad eyes, bad spirits, curses, and bewitchment. This has to do with the esoteric mythological nature of the star that I am describing below.

According to Hermes Trismegistus and his 30 stars, Algol a star of 2-3 magnitude has the nature of the conjunction of Jupiter and Saturn. This means that these two planets describe the character of the star.

Algol is also very special with it’s heliacal phases as the star is rising and lying dim.  This is a system of two stars, where the bigger star eclipses the smaller every 3 days. From the 3 days of visibility, the shine of the star is different and with different color, and is not without importance which particular day of the three will be chosen in order to make powerful Algol benevolent talisman.

The star is dim for about 10 hours and this particular period is very critical and considered evil. If a person is born with Algol dim on important position of the horoscope, especially conjoined with luminary, this will inevitably cause different psychological and mental problems. 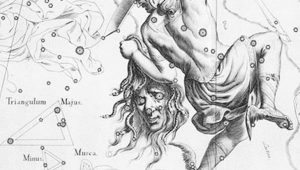 In the Greek mythology Algol on the sky is represented by the head of Medusa Gorgon which has snakes instead of hair. She would turn into stone everybody who would look at her.  Medusa was beheaded by Perseus the hero who used her head after in order to turn into stone Cetus and to save Andromeda. The head of Medusa he gave to Athena Pallas who used it as a protective shield called Egida.

In the astral magic the function of Algol talisman would be this: to scare the evil and the bad and to save the person from bewitchment and curses.

It works the following way:

The image of the head of the Medusa Gorgon is extremely powerful protective amulet, because according to the mythology, Perseus gave the head of the beheaded Medusa to Athena Pallas and she used it as a protective shield called Egida. So, if you are behind the shield, the image of the Gorgon, the image will protect you as a shield; if you are in front of the Medusa Gorgon shield, then, you are in danger and you cannot reach and harm the person who carries the image…

So, since very ancient times these are amulets will powers that cannot be described with simple words!

According to Cornelius Agrippa, when you do: 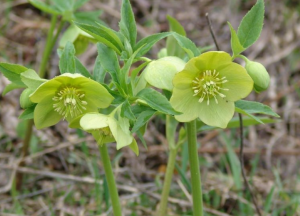 “Hellebore juice with an equal amount of wormwood placed under a diamond, etc., brings hatred and courage, preserves the members of the body, and grants vengeance over anyone you wish.”

The above is the occult symbol of Algol.

Due to the specific and not entirely favorable nature of Algol, to make such protective talismans is a big responsibility that allows no fault whatsoever. The election is complex and involves the correct stellar time according to the right heliacal phase of Algol, lunar phase, planetary day, speed of the Moon, and planetary hour. Only the properly made Algol talisman will have safe and highly protective function for the native. Mistakes here are not allowed!

Therefore, after a very long research and seeking of the best planetary configuration and heliacal phase of Algol, in October 2019 I will create and consecrate Algol protective amulets. This I will do according to the ancient Babylonian rules of white magic and astronomy. 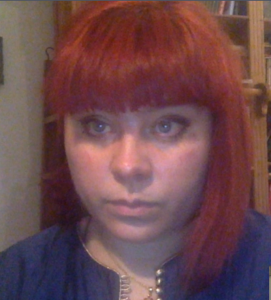