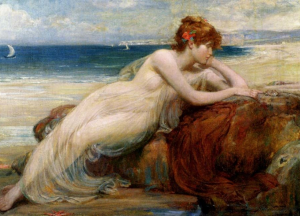 “The Talisman of Venus preserves harmony and affection between man and wife. It keeps away those who may offend by envy and hate.

Health: It preserves women from the terrible illness cancer.

It protects men and women from violent death by poisoning, criminal or accidental. It neutralizes the dangerous presages given by the genius of Mars in a natal horoscope. If it is possible to make a sworn enemy drink a liquid in which the talisman of Venus has been dipped, that enemy’s hatred is transformed into affection and devotion for life.”

On that day Venus, the Morning Star will be highly dignified the following ways:

The degree of the ascendent and Venus is very powerful for those who love science and makes good businessman.

Inanna from Akkad- Venus Morning Star or Athena Pallas in ancient Greece Eastern Venus is the one that rises from the east in the morning before the Sun. It is a god of war with male qualities and a male deity.

There are tablets with her image where swords or other weapons come out of her shoulders and she has wings. Below it is the sun, which proves her morning appearance. Enki is on the right, which associates with her exaltation in Pisces and her friendship with Neptune.

Inanna from Akkad helps the kings to win wars. Inanna is wise deity with nice male winning qualities. She is very smart and dynamic.

According to Vettius Valens:

“Venus is desire and love. It indicates the mother and nurture-children. Also, it makes priesthoods, school superintendencies, high offices with the right to wear a gold ring or a crown, cheerfulness, friendship, companionship. Moreover, this planet is about the acquisition of property, the purchase of ornaments, agreements on favorable terms, marriages, pure trades. It goes for fine voices, a taste for music, sweet singing, beauty, painting, mixing of colors both in embroidery, dyeing, and unguent making. Moreover, it is about the inventors and masters of these crafts, as well as craftsmanship or trade, and work in emeralds, precious stones, and ivory.”

SYMPTOMS OF POORLY PLACED VENUS IN THE CHART

When the planet is afflicted or poorly placed in the astrological chart, the native will have problems with the romantic and love relationship. They will also lack financial fulfillment, luxuries. Additionally, they will have issues with motherhood and children, will lack the charms, and creative and artistic muses.

These Venus talismans will help improve the qualities of poorly placed Venus in the natal chart and will also denote the beauties and the blessings of Venus.

PRACTICAL INFORMATION ON RETURNS AND REFUNDS:

The astrological talismans are magical beings created as a result of astrological magic and invocation of planetary or stellar spirits. Once the talisman is made, consecrated and sent to the recipient, no returns or refunds are accepted. The reason stated above is that these are not ordinary products, but living objects with powers and souls.