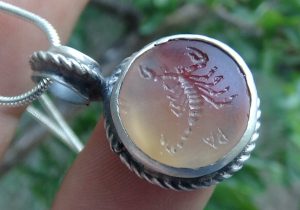 Antares is one of the four royal stars of the zodiac. They are mighty, with very high magnitude and as such very shiny and visible from our perspective with a naked eye. The royal stars form a cross with very powerful energy. Each one of the four has specific magnificent function on the sky and for us.

All four of them represent the four animals, apostles, the four winds, the cross of Christianity and much more.

Antares is situated in the heart of the celestial Scorpion and according to Hermes, has the nature of Jupiter and Mars when conjoined. This is the star of the army leader.

As any other star, following the Hermetic principles, also Antares rules herb, gemstone, metal, essential oil, and has heliacal phases, which make the star highly dignified or not that much.

I have chosen the very right specific celestial moment when Antares is highly dignified in numerous ways astronomically and in harmony with the other celestial bodies. Then, following the principles of Hermes and the ancient Babylonian tradition I will create the talismans of Antares. 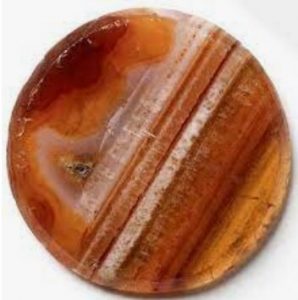 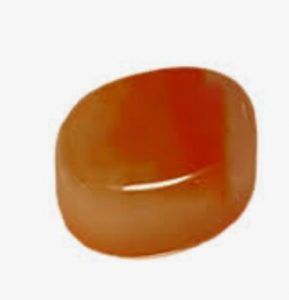 The gemstone I will use will be sardonix or red untreated, unheated (very rare) carnelian that is cut especially for me in Bulgarian lapidary. The star has also own esoteric symbol that I carve gently on the piece of jewelry- talisman. 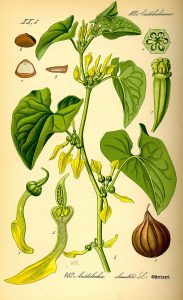 Then I will apply the herb aristolochia and when the right astronomical time comes, I will consecrate the Antares talismans. The ritual will be Babylonian, benevolent, only to do good, invoke the ruler of the star for blessing and protection. 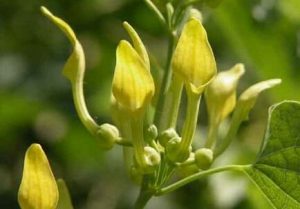 POWERS OF THE TALISMAN

The purpose of this talisman is to chase away and destroy all demons and malefic influences, and enhances the memory and the intellectual properties.

According to the ancient sages, when one of the four royal stars is on a key position of the horoscope of the native, the blessing of the gods will be multiplied.

Some of my talismans look like that and you can find them HERE: 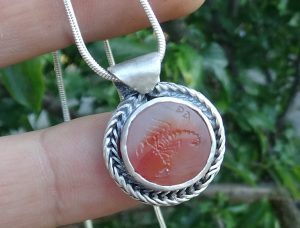